Blue Light Blocking Glasses – Not Just for Gamers and Techies

We live in a world where screen time is part of our everyday moments. We use our devices for everything -- chatting with friends, business meetings, even doodling artwork. There’s no longer much of a separation between hardcore techies and your average Joe in how much we’re exposed to blue light.

For gamers or professionals like computer engineers or software designers, it’s clear that blue light blocking glasses would be beneficial. But there are definitely less obvious jobs and situations where these glasses are equally valuable. Technological advances have changed the way teachers teach, putting them in front of screens more than ever. Because of the incorporation of online platforms and blue light based teaching tools in the classroom, whiteboards and paper notebooks are truly things of the past.

But what’s more, teachers spend a lot of time after hours working on their computers, grading papers online and reading essays submitted via email. According to EdTech, teachers spend 3 to 5 hours a day planning, grading, and answering emails – most of which is done on a laptop or tablet. Whether it’s designing logos for local coffee shops or creating full-fledged websites for huge universities, graphic designers are busy at work on their laptops for the majority of the day. Typically, graphic designers don’t wear blue light blocking glasses because most computer glasses have yellow-tinted lenses and therefore colors would become distorted. Which isn’t ideal when choosing the right colors can make or break a project.

These days, companies like Umizato make blue light blocking glasses with minimal tinting, which look almost clear and won’t alter the way you see color. Now, artsy professionals don’t have to struggle through eye fatigue and poor sleep just because they don’t want their reds to look orange! According to a survey by Common Sense Media, parents of children ages 8 to 18 spend 9 hours and 22 minutes a day in front of a screens. Even when accounting for those who work on a computer, the survey still found that 8 of those hours were for personal use. Clearly, even when you’re not in an office, you’re still exposed to blue light.

For most people, this statistic can seem alarming – in fact, it is alarming! Most stay-at-home parents probably don’t realize how much they’re actually interacting with blue light. From watching TV with the kids to scheduling playdates on their tablet to reading the news on their laptops, it all adds up to a lot of screen time. Parents need all the energy they can muster – looks like it’s time for some new glasses! Here’s another industry that’s gone completely digital in recent years. Sure, when photographers and videographers are out shooting or working in the studio, it’s all about the physical subject. But almost everything else a photographer does in a workday involves a computer.

First, simply going through photos and footage can take hours of screen time. Then, the editing process begins, which takes up even more hours staring into blue light. While photographers may just think of themselves as the people behind the lens, they actually spend a lot of time in front of a screen, too.

Remember how Umizato makes blue light blocking glasses without that outrageous yellow tint? That means photographers too can avoid eye strain by wearing these glasses without affecting their color perception – imperative for maintaining artistic integrity. Gone are the days of putting pen to paper and busy newsrooms full of noisy typewriters. Although it’s easy to get nostalgic about the way writers work, the new age of penmanship is almost always in a word processor.

Most newspapers, magazines, and journals are more prominent online than in their original paper forms. Audio books and e-books outsell their hardcover counterparts and bookstores are becoming obsolete. Although it may be nice to imagine Hemingway-esque writers in Cuban cafes, the reality is most writers are at home on their computers with tired eyes from hours of blue light exposure. Live music is one of those great pleasures that you don’t need a device to enjoy. But if you’re not at a concert, digesting music these days happens through iPods, YouTube, or streaming services, all contributing to those hours of daily screen time.

Plus, the art of creating music is one that most definitely requires some serious time in front of a screen. As soon as a recording session is complete it’s straight to the editing board where samples and sound snippets are manipulated using computer programs. The term “bedroom producer” was coined because in the music industry, you can produce music from the comfort of your bedroom using only your laptop. Truth is, you don’t even need an instrument anymore – just a bit of blue light! Film editing isn’t for the faint of heart. It requires hours and days and weeks and months of relentless viewing, clipping, and rearranging, all in an effort to highlight hilarious punchlines and dramatic monologues.

The job itself could easily engross someone who’s passionate about filmmaking for exorbitant amounts of time and on its own could be enough to cause headaches. Add in those endless nights staring into blue light and the headaches only intensify.

Similar to graphic designers and photographers, choosing a pair of blue light blocking glasses with a minimal tint is essential for film editors who need to see colors clearly. Luckily, Umizato had this in mind. While film editing might give you a headache – your screens shouldn’t. For teens, juggling high school, extra-curricular activities, and (not to mention) the awkwardness of growing up can be a lot. Top that off with hours of homework done on a computer, socializing through emojis, and spending downtime streaming Netflix, it’s no wonder kids these days are waking up groggy and unrested.

As explained by Dr. Tracey Sletton of Monash University, overexposure to blue light can mess with sleep cycles since it suppresses melatonin. As the unofficial ambassadors of sleep, teens could really use something to help combat blue light and help promote healthy sleep.


So you see, it’s not only extreme gamers and techie-types that can benefit from blue light blocking glasses. We’re all in front of screens way more often than we’d probably like to admit and there are tons of professions, hobbies, and lifestyles that require hours on laptops, phones, and screens. How often does your job or interests put you in front of a screen? Let us know in the comments.

To learn more about protecting your eyes from digital devices, sign up for our newsletter for helpful guides and exclusive promotions. You can also view some of Umizato's best collection here: 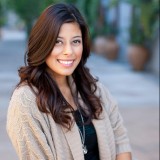 As a photographer, I do not recommend using blue light filter glasses because of the color shift they have which could affect the final outcome of an edited photo. However, I do believe there are computer glasses that don’t have a color shift and that can help. For all other tasks, I definitely wear some and they have helped! A lot of computers and laptops now have a “night” option that changes the color warmth of the screen. Thanks for the article it was very informative!